16th Annual Conference of the European Society of Criminology 2016

Crimes of political parties are forms of so-called organisational crime. Their criminal liability was difficult to imagine until March 2014, when a criminal court in Croatia issued a guilty verdict against a political party for the first time in the democratic world. While appying a corporate criminal liability statute, the court convicted a major political party – Croatian Democratic Union (CDU) – for abuse of authority, and sentenced the Party to pay the maximum fine allowable under Croatian law. Notwithstanding that in September 2015 the Supreme Court of Croatia reversed the judgment and ordered a re-trial, this case demonstrates the need of further research into this type of organizational crime. Furthemore, this case raised two research questions of this study. First, how criminal justice affects delinquent political parties? Second, what is the purpose of treating delinquent political parties in the criminal justice system?One of the most difficult tasks in criminology is to measure how the criminal justice system affects offenders throughout the whole process of its administration. For this purpose, this study relies on opinion polls of voting intentions. Furthermore, it tests the applicability of the reintegrative shaming theory (Braithwaite, 1989) on political parties. While relying on quantitative data acquired in the opinion polls and on the qualitative data in the case file, this study suggests that reintegration should not be viewed as an essential purpose in treating delinquent political parties. While having in mind that the cause of their delinquency is the realization of their will to power (Marsavelski, 2014) manifested in over-integrative popularity, this study develops a special type of shaming theory applicable to political parties. Marsavelski, A. (2014) ‘Responsibility of Political Parties for Criminal Offences: Preliminary Observations, Challenges and Controversies’, in: A.-M. Getoš, H.-J. Albrecht & M. Kilchling, Mapping the Criminological Landscape of the Balkans, Duncker & Humblot, 499-525; Braithwaite, J. (1989) ‘Crime, Shame and Reintegration’, Cambridge University Press. 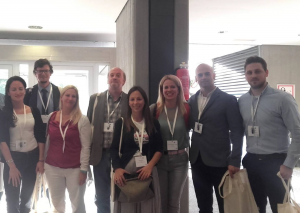